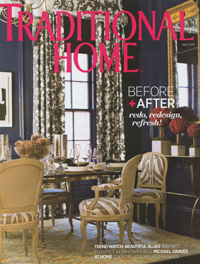 In a renovation, the old saw "measure twice, cut one" still proves sharp. For Los Angeles interior designer Norm Wogan, these are words to live by. His goal in revamping his 1926 Tudor  Revival home in an Old World style was a redo that would be the house's first and its last; a Tudor that is as toothsome as it is timeless.

"I love English and European antiques and an Old Word feeling," Norm says. "When this style is done correctly the first time, it's timeless. You never have to redo the design except to update it with paint. 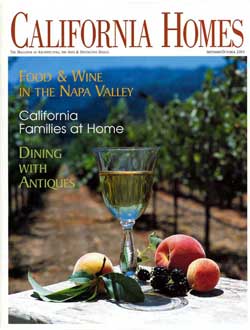 A Whole New Look In The San Fernando Valley

Installing a sense of English countryside in the San Fernando Valley, designer Norm Wogan took “an ugly tract house from the ‘40s” outside Encino and transformed it inside and out for client Jayne Shapiro, founder and president of KIDS SAFE, and organization dedicated to strengthening child abuse and molestation laws and furthering awareness of this social problem. 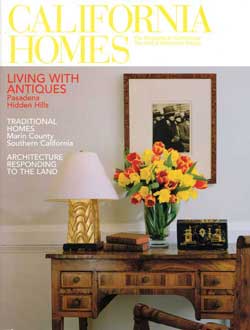 “We’re put your feet up on the furniture people,” says Debra, a former Hollywood casting agent whose 14,000 square foot home seems to contradict that statement. Located in Hidden Hills in Southern California horse country, the three year old house sits on three acres and has a 280 degree frontal view. This home, designed by George de la Nuez of Rocha and Nuez and Associates in Woodland Hills, comfortably gives space to the varied interests of Debra, her husband Randy, and their thirteen year old twin daughters. 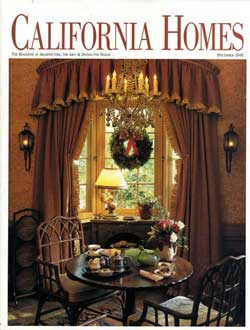 When Los Angeles designer Norm Wogan bought his first home, just outside Hancock Park, “I really wanted to make it perfect,” he says. The 2200 square-foot house, built in 1926, had not been redone in decades, and had the worn gray wall-to-wall carpeting and “ugly, ugly” wall coverings to prove it.

“Nobody had done anything to it in the thirty years they lived there,” the designer recalls of his first view of the house, “so you can imagine how frightening it was. But I immediately saw the bones of the house, and my mind became like a motion picture. I started envisioning from room to room what it could be like.” 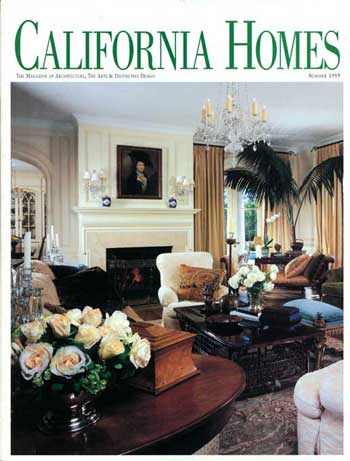